CHARLOTTE, N.C., May 10, 2018 /PRNewswire/ — LendingTree®, the nation's leading online loan marketplace, today released its first Consumer Debt Outlook for May 2018. LendingTree's analysis of the latest Federal Reserve data found that despite a recent pause in credit card balance increases, Americans are on pace to amass a collective $4 trillion in consumer debt by the end of 2018. Collectively, Americans owe more than 26 percent of their income on consumer debt, up from 22 percent in 2010.

Incomes growing, but consumer borrowing growing faster
Since 2013, Americans have been accumulating more debt. Overall, the percentage of total non-housing debt, at 26 percent of Disposable Personal Income, is now even higher than during the credit boom in the mid-2000s. 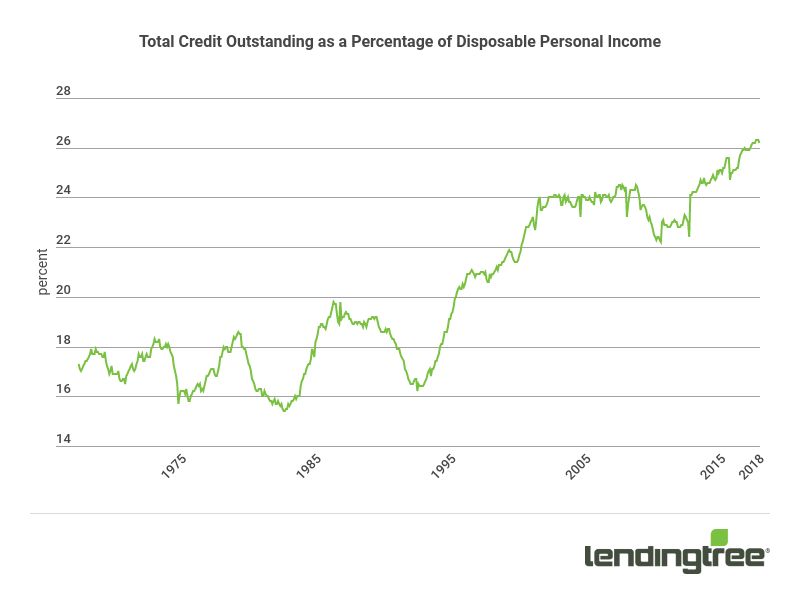 However, the primary difference in the past few years is how Americans borrow. When comparing the growth in mortgage-related debt to other types of debt (like credit card debt and auto loans), the latter is growing at more than 7 percent annually, while housing-related debt has grown at an annual rate of a little more than 2 percent. Growth in consumer debt can cause greater strain on personal finances; it enables spending on consumables and depreciating assets like cars, rather than traditionally appreciating assets like a home. 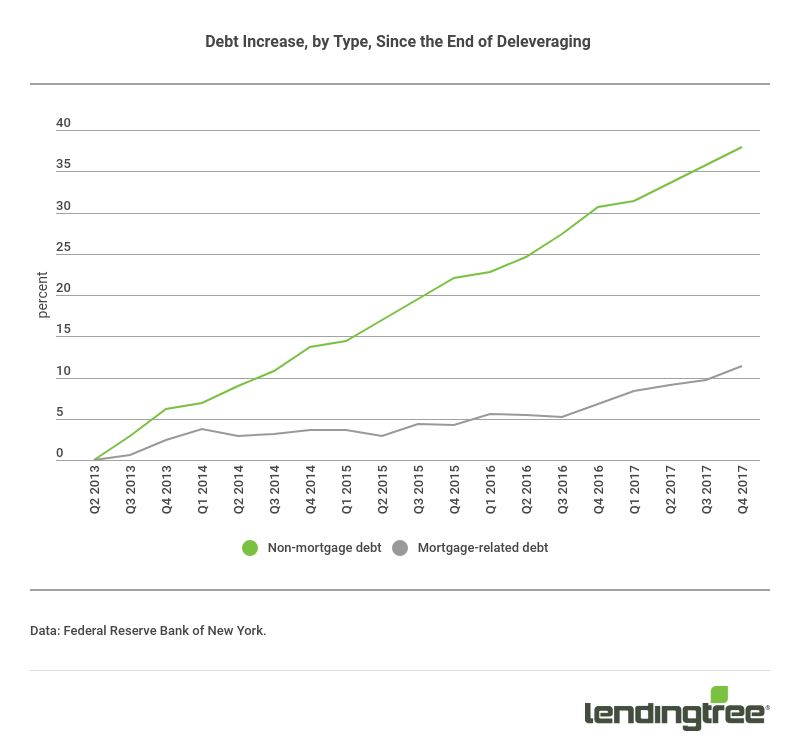 But based on the longer term trend, LendingTree’s analysts expect consumers will owe more than $4 trillion on these types of credit, possibly as soon as this calendar year. For nearly two years, consumer credit has grown at a steady rate of 5 to 6 percent annually. Even if borrowing levels increase at the low end of that range, LendingTree analysts expect the total amount owed will exceed $4 trillion by the end of 2018. 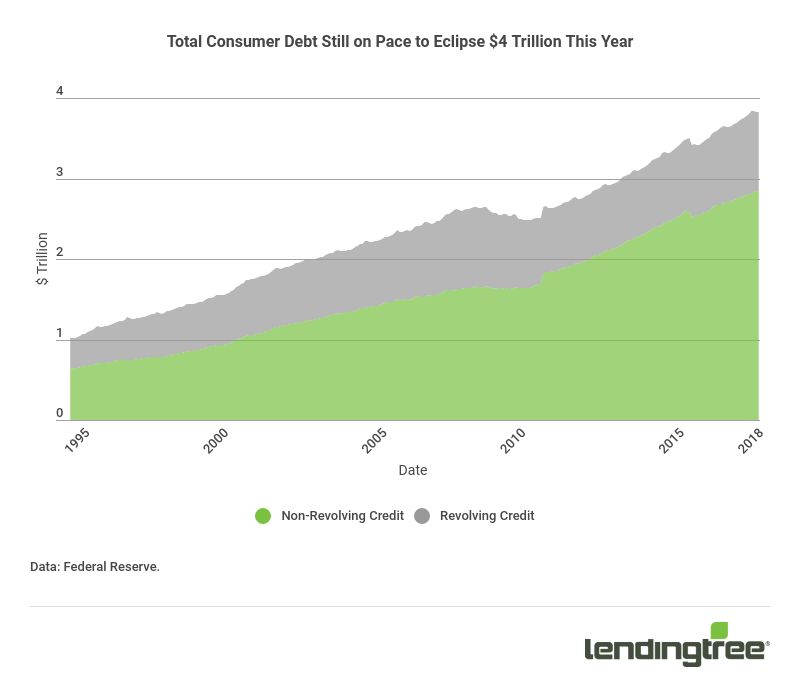 Credit card borrowing remains sustainable
Credit card delinquency rates remain relatively low, despite recent reports of increases in charge-offs at some credit card issuers.
According to recent Federal Reserve’s Survey of Consumer Expectations, consumers appear to feel relatively comfortable with servicing their debts. On average, consumers reported that they expected there was only a 10.72 percent chance that they would miss a loan payment in the next three months – the lowest reading since the survey began in 2013.

While personal consumption has always represented the lion’s share of GDP, it’s even more so in the current economic expansion. Personal consumption now exceeds two-thirds of GDP, higher than in any period since the end of World War II. 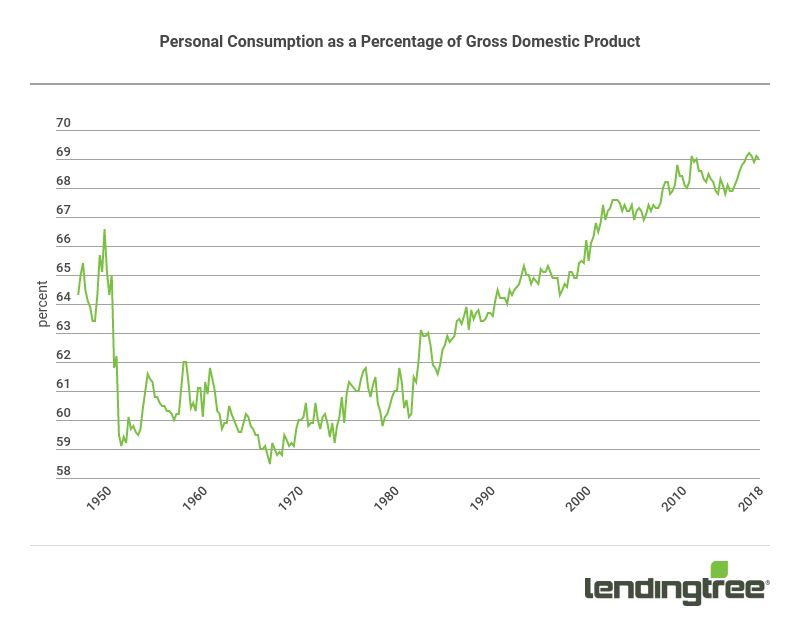 And since the end of deleveraging, when consumers reversed their borrowing habits following the housing bust, personal consumption represents nearly 80 percent of the total change in GDP.
To view the full report, visit: https://www.lendingtree.com/finance/consumer-debt-report-may-2018/