How to bounce back after a money pitfall

Some people believe women spend money more frivolously than men. We don’t agree, and neither does a British executive recently featured in The New York Times.

She found that in a series of articles aimed at women, references to how women spend focused on frivolity and how they should cut back on shoes and coffee. Language about men and money however, focused on power, influence and investing.

“It’s a vicious cycle,” Boden told the newspaper. “The media talks about women and money in a certain way, so people reading it start talking that way, too. It’s what sticks in your mind.”

We’ve debunked some of those gendered money myths by getting financial tips from women at LendingTree who are savvy spenders and savers. Here’s what Tonya Smith, a LendingTree project manager, said in her own words.

This is the first in a four-part series. 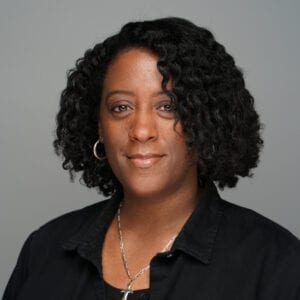 In 2008, the rug was pulled from beneath my family the same time the economy was collapsing. My husband was laid off and we were down to just my income. We survived for as long as we could until we had no choice but to file for bankruptcy. It was embarrassing but, looking back, it was one of the best things to ever happen. I learned so much and it changed my entire lifestyle because I swore I would never go through that again. These are the lessons I learned:

Tracking spending is key: I started using an Excel spreadsheet to track how much money was coming in and going out. I tracked everything, including fees and miscellaneous expenses.

Budgets should be realistic: I figured out a budget based on our income. I made sure all the essentials were covered, and I eliminated a lot of non-essential spending. We cut out a lot of eating out and started making more lunches and cooking more. We lowered our cable and eventually cut it entirely; we switched to an antenna and streaming services. For a time, we sacrificed travel and looked for more affordable summer break excursions. I also created a separate account for holidays and birthdays and added to that fund throughout the year. That way, I wasn’t tempted to use credit or savings.

Cash is king: I taped envelopes to the back of my kitchen cabinets. Each time I got paid, I withdrew most of the cash and put it in each envelope. Whatever was left in the bank was transferred to savings. The envelopes were marked “gas,” “food,” “utilities,” “mortgage,” “school” and “miscellaneous.” We could only use what was in the envelopes. If we came up short, we could use whatever was left in the other envelopes, but we could not go into the little bit of savings we tried to grow. And we could NOT use credit.

Always add to savings: I set a percentage of income each pay period that went straight to savings. I refused to touch it. I also began building a savings for emergencies. In the past, I was tempted to put emergency expenses on a credit card to lessen the impact. Now, I have some savings for those types of problems.

Financial advisors help: They’re free at some banks. It’s important to get outside expertise to help you set yourself up for retirement; it’s never too late.

It’s never too early to teach the kids: I opened checking and savings accounts for my children while they were in middle school. I taught them how accounts work and shared the lessons I learned. I also set up automatic transfers that moved money from my account to theirs each month. I made a deal with them: they could use the money they contributed to their accounts but couldn’t touch the money I put in until they graduated high school. It worked out really well. That money I transferred supported both my children while in college — which is critical because scholarships and loans don’t cover everything, especially trips to Walmart or CVS.