Tom Sumrak has worked as a marketer, editor, and writer over the course of multiple years working at LendingTree. He has covered a variety of different financial topics and products over the year and is immersed in the financial...

LendingTree recently conducted its 2017 Holiday Shopping Survey among 1,050 Americans aged 25 to 55 with at least one child. The results show that people generally expect to give more than they receive, and although only 55 percent of respondents have a set budget this holiday season, 76 percent plan to spend the same amount or more on holiday shopping compared to last year. The survey also revealed that men plan to spend more money on gifts for significant others versus women, parents spend slightly more money on gifts for younger children and most people plan to spend less than $100 on themselves. 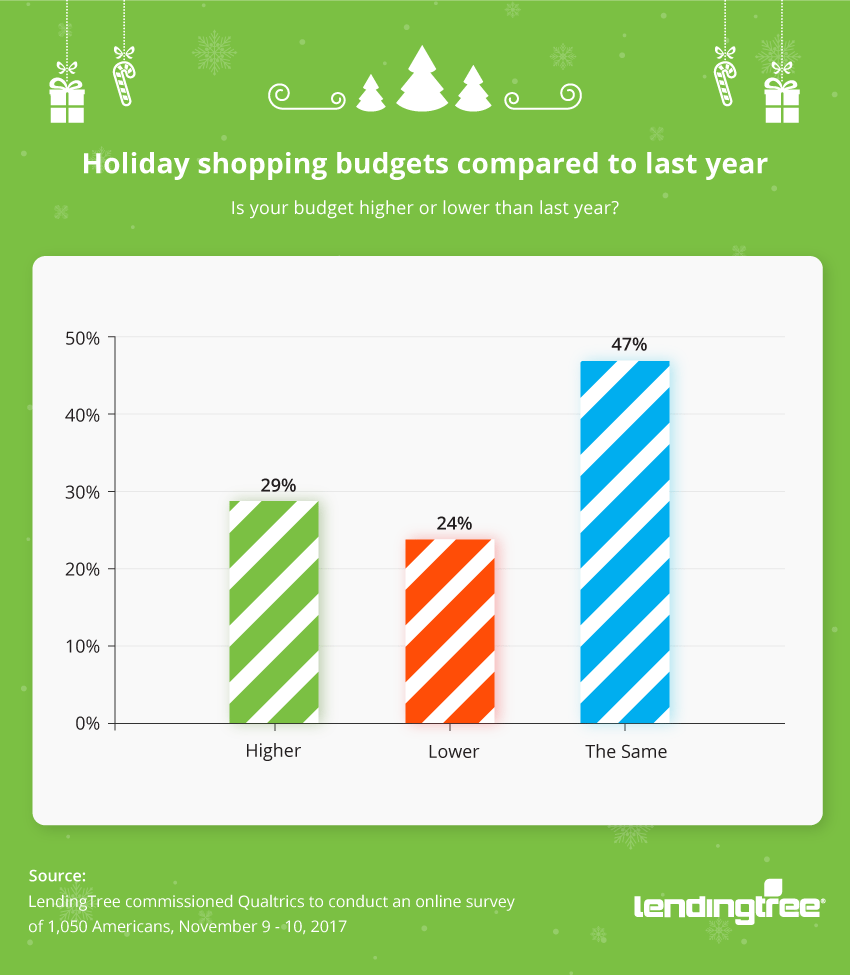 Interestingly, men estimate that they will spend significantly outspend women this holiday season, with an average overall budget of $2,191 for men compared to just $776 for women.

Men seem to be planning for more generous gift giving this year, with 65 percent expecting to spend at least $100 on their spouse/significant other, compared to only 49 percent of women who expect spend the same.

And what about splurging on a gift for yourself? Only 20 percent plan to spend $100 or more on themselves this season.

And in case there were every any questions, most families (79 percent) receive wrapped presents from Santa instead of unwrapped gifts.

The 2017 LendingTree Holiday Shopping Survey was conducted online within the United States by Qualtrics on behalf of LendingTree between November 9 and November 10, 2017 among a sample of 1,050 Americans aged 25 to 55 with at least one child.