Tom Sumrak has worked as a marketer, editor, and writer over the course of multiple years working at LendingTree. He has covered a variety of different financial topics and products over the year and is immersed in the financial...

Foodies are a unique group of culinary hobbyists that have a passion for high-end dining and exploring new food scenes. The term “foodie” was first coined in the 1980s and has grown in cultural prominence ever since.

Many foodies like to travel and are willing to spend large sums of money to experience the full range of culinary options available in the United States. Between 2014 and 2016, the specialty food industry grew by 15% to more than $127 billion, according to the 2017 State of the Specialty Food Industry report.

So where should these foodies start their culinary journeys? To help answer that question, we decided to find out which cities were best for foodies.

To do this, we ranked the 60 largest U.S. cities by their number of restaurants, variety of food and affordability while dining. The final rankings were calculated by averaging the scores from all three metrics.

It might surprise some people that Los Angeles beat New York City as our best city for foodies. New York City has more than 20,000 full-service restaurants and more than 3,000 restaurants with 3.5 stars or higher — besting Los Angeles. It is also famous for its wide range of food options and ethnic cuisine. However, New York City is also famously expensive. The average meal cost at a full-service restaurant in NYC is $118, the most costly of any city. This is what caused NYC to be ranked No. 2 instead of No. 1.

The methodology for this study was simple and straightforward.

For each of the largest 60 U.S. cities by population, we assigned a ranked score on a scale from 60 (best) to 1 (worst) for six different metrics in three categories. Those metrics are:

In the United States, roughly 110 million Americans live in 43 million rental units, or more than a third of all households. In a typical year, approximately two million renters …

END_OF_DOCUMENT_TOKEN_TO_BE_REPLACED 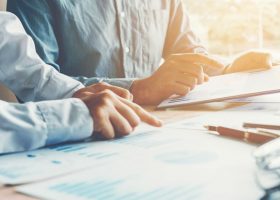 Here’s What to Negotiate with Your Mortgage Lender

When you think about shopping for a mortgage, your mind probably goes first to interest rates. Yes, you could save thousands of dollars by comparing rates between lenders. But that’s …

END_OF_DOCUMENT_TOKEN_TO_BE_REPLACED

LendingTree, the nation’s leading online loan marketplace, has examined how race impacts homeownership rates in the nation’s 50 largest metros. This study, similar to another piece we published that looked …

END_OF_DOCUMENT_TOKEN_TO_BE_REPLACED 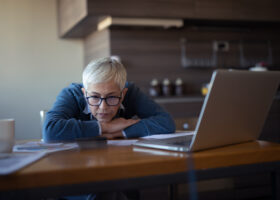 Borrowing against the equity you’ve built in your home is a major financial decision that includes a few risks, especially if you’re considering a home equity loan for debt consolidation. …

END_OF_DOCUMENT_TOKEN_TO_BE_REPLACED

What Is the Fannie Mae HomeStyle Renovation Loan?

If you’ve found the perfect fixer-upper home but need extra cash to cover the down payment, closing costs and renovation expenses, the Fannie Mae HomeStyle® Renovation loan may be a …