Crissinda Ponder is a senior mortgage reporter who joined the LendingTree team in 2018. Her previous experience includes serving as a personal finance and education content editor at ABUV Media and a mortgage reporter/analyst at...

When you consider what might make a city great for the average bachelor, what comes to mind? You might throw in great job prospects, a sizable dating pool, the ability to maintain a healthy lifestyle and a low crime rate.

LendingTree analyzed data on the 100 largest metropolitan areas to figure out which cities offer these perks and more. The results give some clarity about the places where single men can potentially feel most welcome and those areas that don’t really make the cut.

Madison, Wis., is the best city for single men

Our analysis found that Madison is the No. 1 metro for single men, thanks primarily to how well it performs on health and safety measures. The Midwestern city also had one of the highest culture and entertainment scores of the cities we ranked, with numerous arts institutions, bars, restaurants and other fun things to do. Madison also claimed the top spot in our ranking of the best cities for single women.

The next 2 best-scoring cities are in the Northeast

Hartford, Conn., and Albany, N.Y., are the No. 2 and No. 3 best cities, respectively, for single men, mainly due to their high scores on health and safety. Hartford did notably well on demographics, as it has a more balanced ratio of single adults. Albany also scored high on demographics, but did particularly well on its culture and entertainment score.

Based on our criteria, Memphis, Tenn., scored the lowest overall. The metro did poorly on economic opportunities as well as culture and entertainment. However, the main factor dragging the final score down was Memphis’s extremely low safety score, reflecting that it has the highest violent crime rate of the 100 metro areas we ranked.

Stockton and Bakersfield, Calif., ranked second and third from the bottom, respectively. Although both metros had better economic scores than Memphis, the unemployment rate for single men in each metro is on the higher end, and they both scored poorly on culture and entertainment.

Outside of Madison, Wis., metropolitan areas in the Northeast region of the U.S. dominated the top 10 rankings. The only other non-Northeast metros that made it to the top 10 are Richmond, Va., and Oxnard, Calif.

New York and Washington, D.C., just missed the top 10 but made it in the top 15. These metros offer a relatively safe and healthy environment, and a good mix of opportunities for culture and entertainment activities.

Near the bottom of the list are a mix of Southern, Southwestern and Western metro areas. A combination of higher violent crime rates, meager salaries and lack of culture and entertainment activities pushed down their final scores.

The top 5 metros for single men

The bottom 5 metros for single men

For the study, we considered a range of variables to evaluate which of the 100 largest metropolitan areas would be the most friendly to single, working men. We grouped the variables into five categories and evaluated each metro area according to those categories.

LendingTree analysts used data from the U.S. Census Bureau’s 2017 Five-year American Community Survey to gather the demographic and economic measures, except for the homeownership rate, which comes from the 2010 decennial census.

The health measures and violent crime rate data were pulled from the County Health Rankings and Roadmaps program. The culture and entertainment measures come from the Census Bureau’s 2016 County Business Patterns data sets.

Each variable was given a value according to its relative location between the highest and lowest values. The variable values in each category were then averaged to create the category score. The final score is an average over all five category scores. 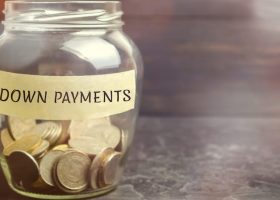 Should You Go Beyond a 20% Down Payment?

For many aspiring homebuyers, saving up enough money for a down payment on a house can feel like an impossible task. And even when they’ve reached their homeownership goal, they …

END_OF_DOCUMENT_TOKEN_TO_BE_REPLACED 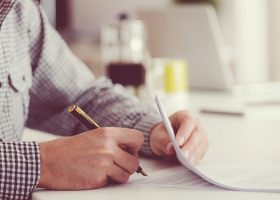 Investment Property Loans: What They Are and How to Find One

Investment property loans help you purchase homes to rent out for extra income or to flip and sell for a profit. These loans typically have higher barriers to entry than …

END_OF_DOCUMENT_TOKEN_TO_BE_REPLACED 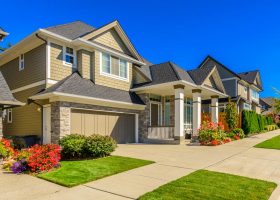 It’s getting more pricey to buy a house these days. Home affordability reached a low of more than a decade during the fourth quarter of 2018, according to real estate …

END_OF_DOCUMENT_TOKEN_TO_BE_REPLACED

Thinking about buying a home? Then you’ve probably encountered a whole new language. “Amortization,” “origination fee,” “earnest money” and other common terms used in mortgage lending might be phrases you’ve …

END_OF_DOCUMENT_TOKEN_TO_BE_REPLACED 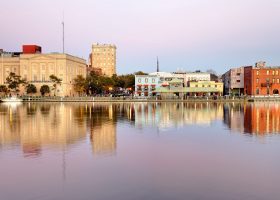 From its sandy beaches to cultural events and high-tech job opportunities, North Carolina has a lot to offer its residents. But how much has homeownership in the Tar Heel State …