Nearly 250 years after the original Independence Day, the 13 colonies that became the United States are among the country’s most desirable place to live.

To celebrate the Fourth of July, LendingTree, the nation’s largest online loan marketplace, has taken a look at the states that were present at the birth of the country. Specifically, we analyzed the modern-day states born out of the 13 colonies that declared their independence from Great Britain in 1776.

We sought to highlight some of the key differences between these areas and the rest of the country, and ranked them based on how affordable a median-priced home in both the state and its capital city would be for someone earning the median income for the area.

While there were originally only 13 colonies, it is important to note that this study will end up looking at the 13 states of Connecticut, Delaware, Georgia, Maryland, Massachusetts, New Hampshire, New Jersey, New York, North Carolina, Pennsylvania, Rhode Island, Virginia and West Virginia, as well as Washington, D.C. These present-day areas occupy the same land as the original 13 colonies.

The weighted average home price in the former 13 colonies is $239,351. This is nearly $27,000 higher than the weighted average home price of $212,635 for the rest of the U.S. It is difficult to pin down exactly why this is the case, but it likely has to do with the fact that the states that have been around since the nation’s inception are still economic and cultural hubs, boasting some of the nation’s largest economies, important landmarks and prestigious universities.  As a result, despite their age, these areas are still attractive places for Americans to live.

Washington, D.C., while technically neither a state nor a capital city of one, is one of the few areas featured in our study that is not affordable to median income earners. Median income earners in D.C. would need to come up with an extra $392 a month to be able to comfortably afford a median priced home in the area.

If you’re feeling priced out of the market, there are ways to help make homeownership a reality

Most of the states and capitals featured in our study appear affordable to someone making the median income in the area. But affordability is not guaranteed to everyone. In fact, there are many obstacles that could prevent someone from buying a home, regardless of their income  — from poor credit to low savings for a down payment.

Fortunately, there are several programs that people can take advantage of to help make homebuying a more achievable goal. For example, there are first-time homebuyer options from the federal government, as well as programs from Fannie Mae and Freddie Mac like the HomeReady® and Home Possible® loans. There are also numerous state- and city-level programs that can help homeowners from a specific area. Beyond that, simply shopping around for a mortgage can help buyers get better deals on loans and ultimately save money when they purchase their home.

When determining whether or not a home is affordable, we assume that a median income earner would be able to afford a 20% down payment on the medium home value in their area, and that they will receive a mortgage loan with a rate of 4.39% (the average rate offered to Americans). By using that data, we calculated the likely monthly payment and down payment for a median-priced home in a given state and/or capital city.

We calculate an “affordable” monthly mortgage payment based on the “28% rule,” which says that a person should not spend more than 28% of their yearly gross salary on yearly costs related to housing. This rule, while not necessarily applicable to everyone, is useful for homebuyers to keep in mind as it helps to ensure that they are not overspending on their home and leaving too little money for other expenses.

To calculate the average home price for the area that occupies the land of the original 13 colonies, we used the number of housing units in the area as a weight.

The data on median home values used in this study comes from the 2017 American Community Survey. 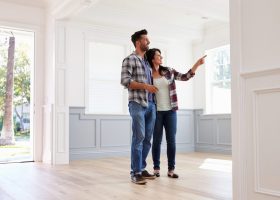 If you were to tell someone that you were going to buy some money, you may get a strange look. Most people don’t think of borrowing in this way, but …

END_OF_DOCUMENT_TOKEN_TO_BE_REPLACED 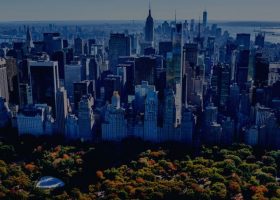 The Best Places to Live for Young Families in New York

When you’re just starting a family, there are many lifestyle changes you’ll need to consider. Among them may be picking a new spot to call home — and this could …

END_OF_DOCUMENT_TOKEN_TO_BE_REPLACED 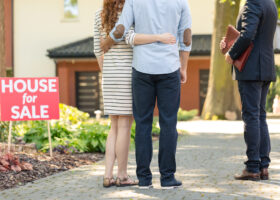 What to Know About Owner Financing

Buying a home often involves getting a mortgage to finance the home purchase. But if you can’t qualify for a loan through a mortgage lender, you may have another option, …