A lack of housing supply has been a persistent challenge for homebuyers since the financial crisis. As the supply of affordable homes dwindles, prices tend to rise as would-be buyers compete for a smaller number of homes in a given area. Although low mortgage rates could help offset some of the burden that higher prices bring, some homeowners may not be able to move up from their current homes.

LendingTree analyzed data from the U.S. Census Bureau to determine where people are staying put the longest in the nation’s 50 largest metropolitan areas. In general, we found that  homeowners in the Northeast tend to stay in their homes the longest while homeowners in warmer areas move more often.

Metros where people stay in their homes the longest 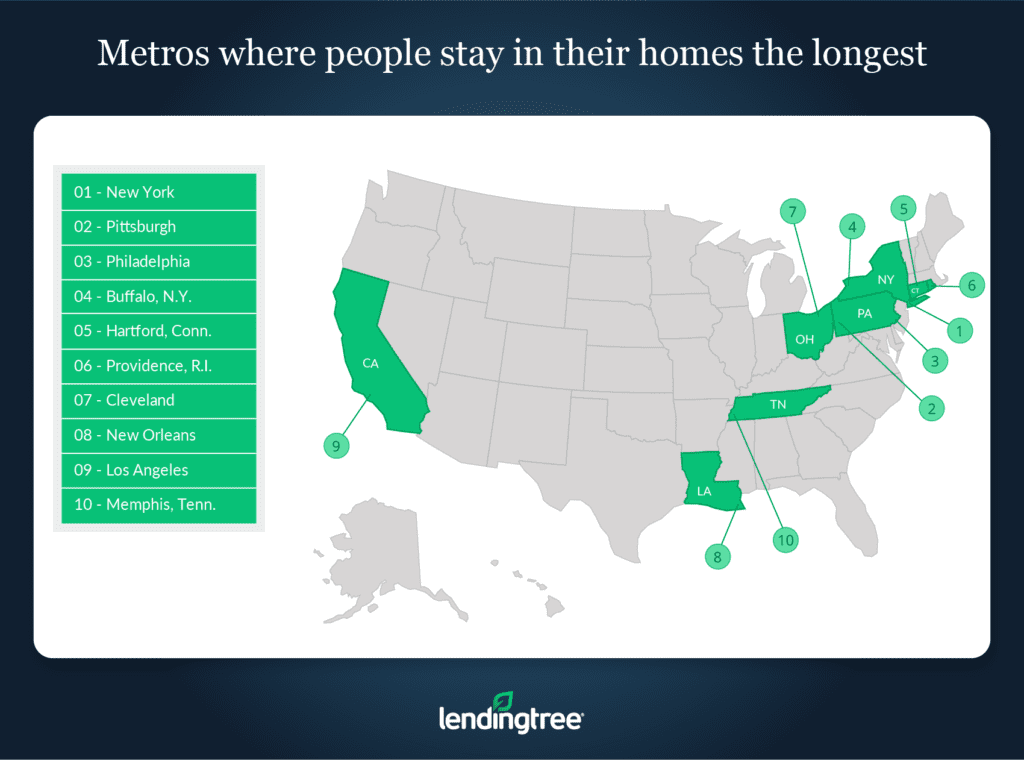 Metros where people stay in their homes the shortest 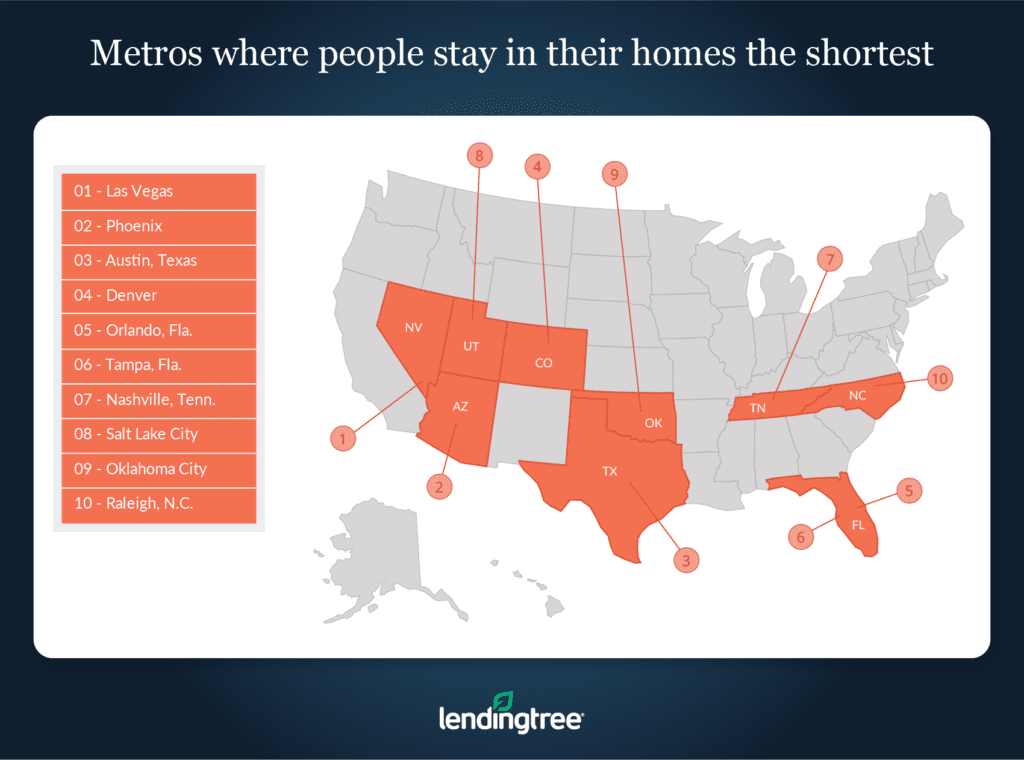 The data used in this piece comes from the U.S. Census Bureau’s 2018 American Community Survey With 5-Year Estimates (the latest survey available at the time of publication.)