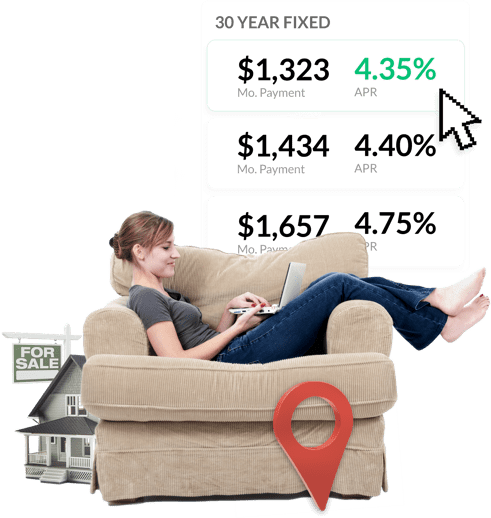 One of the biggest drawbacks of refinancing a mortgage is the cost involved: lender fees, title insurance premiums and escrow charges, as well as payments to appraisers and other third parties. Even homeowners who could benefit greatly from refinancing may not be able to cover the costs. To these consumers, then, the term “no closing cost refinance” has great appeal.

What is a no closing cost refinance?

“No cost” refinancing doesn’t have a universal definition. In fact, the term “no closing cost refinance” has several common interpretations:

Any time a lender pays costs for the borrower, the money comes from another aspect of the transaction. In fact, lenders get money to pay these costs by charging a higher interest rate. That allows them to collect more interest over time or simply sell the loan to investors at a higher price.

Refinance loans with “no out-of-pocket costs” don’t come with higher interest rates. Instead, the closing costs are wrapped into the loan, increasing its balance.

No cost refinance advantages and disadvantages

No cost refinancing may be the only option for homeowners who don’t have the money to pay closing costs outright. However, even those who can afford to pay them might be better off with the no-cost product. What if, for example, a homeowner could save $200 a month by refinancing, but the new loan comes with $4,500 in fees? It would take nearly two years for the borrower to hit the break-even point — the point at which the monthly savings covers the cost of refinancing. If the homeowner ends up selling before then, he or she will lose money.

However, what if the borrower can save $100 a month by choosing a no cost refinance? The savings is immediate because there is no break-even period. For those whose plans for their home are up in the air, then, a no-cost refinance can make a lot of sense.

No-cost refinancing can also simplify mortgage shopping. If the costs are the same (zero) and the loan type is the same, the only variable on the table is the interest rate. In fact, in a 2008 study, HUD found that borrowers were much better at driving a bargain for their mortgages when they shopped this way.

The borrowers who got the best deals were those who got the simplest deals, the borrowers who took out “no-cost” loans. Two principles appear to operate in favor of the no-cost borrowers: simplified price shopping (no-cost borrowers can shop on rate alone because there are no up-front cash charges) and the commitment from the lender that the rate is set and no cash charges will be added between commitment and closing.

Those who know they’ll be in their homes for many years may prefer another option — the no “out-of-pocket cost” refinance, also referred to as a “limited cash-out” refinance. This allows them to buy their rates down to achieve lower payments without emptying their wallets at the closing table. To accomplish this sort of refinance, the borrower must have sufficient equity because the new mortgage balance will be larger.

No cost refinancing does in fact cost more — if the charges are wrapped into the loan, there is a larger balance to repay. That means the borrower is paying interest on the refinancing costs over the life of the loan. For example, $4,500 in closing costs amortized over 30 years at 4.125 percent costs the borrower a total of $7,851. If the costs are absorbed by the lender collecting a higher rate, there are obviously higher interest costs. For the example above, the no-cost loan saves $100 a month instead of $200. Over a five year period, then, the no-cost loan costs $6,000 more (60 months * $100), but saves $4,500 in closing charges. Therefore, the added costs over five years are $1,500. 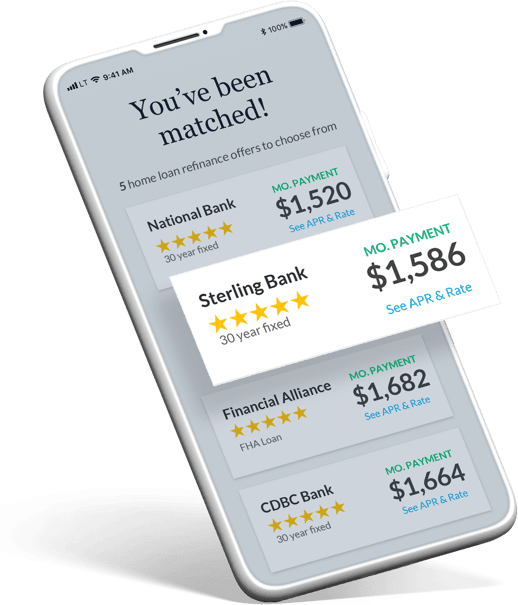 So, how does a homeowner know which refinance is best? In general, the no-cost refinance makes most sense when the borrower does not expect to have the loan for more than a few years. A more specific answer can be obtained with LendingTree’s Refinance Breakeven Calculator, which allows borrowers to calculate the savings and costs of no-cost, no out-of-pocket cost and traditional refinances (the costs can be changed by opening up the “assumptions”).

No cost, no money down or closing cost

If you can find a no-cost mortgage that’s better than your current loan, you should ALWAYS refinance. Otherwise, consider the benefits of refinancing to make sure it’s worth it for you.

Lowering your monthly payments can loosen the belt on your household budget and allow you to focus on some other changes you might want to look into – like sticking to a fixed-rate mortgage. Your lender will be able to help you address all the variables.

If you’re not significantly paying down the principal, you could be throwing money away. By lowering your interest rate, you could conceivably pay off your mortgage faster while your chipping away at that principal, too.

Rates in your area